On 18 October, the 38th meeting under the Incident Prevention and Response Mechanism (IPRM) took place in Ergneti, co-facilitated by Head of EUMM Toivo Klaar and Ambassador Andrii Deshchytsia, the Special Representative of the OSCE Chairperson-in-Office for Conflicts.

Participants reviewed the incidents and occurrences that have taken place since the previous IPRM meeting. Issues related to detained and missing persons were raised in a constructive atmosphere.

Participants also discussed recent events in the village of Dvani. The co-facilitators called on all sides to show restraint and refrain from actions that could have the potential to increase tension.

The next meeting will take place on 15 November. 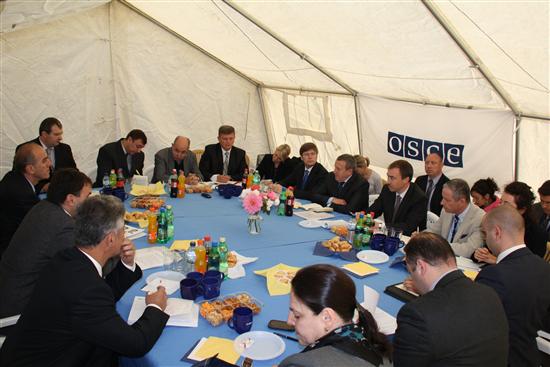