On 16th December 2015, the 61st meeting under the Incident Prevention and Response Mechanism (IPRM) took place in Ergneti, co-facilitated by Kęstutis Jankauskas, the Head of the EU Monitoring Mission in Georgia (EUMM), and Ambassador Angelo Gnaedinger, the Special Representative of the OSCE Chairperson-in-Office for the South Caucasus.

With regards to the issue of missing persons, the participants agreed to work together towards the early resumption of the Tripartite Coordination Mechanism, facilitated by the ICRC.

Participants discussed several security-related incidents (such as detentions and alleged airspace violations), while assessing the overall situation along the Administrative Boundary Line (ABL) as stable.

The co-facilitators called for a humanitarian approach and leniency towards the local population, particularly in view of the upcoming winter season.

All participants expressed gratitude for Ambassador Gnaedinger’s outstanding contribution to the IPRM over the past two years.
The next IPRM meeting will take place on 20th January 2016. 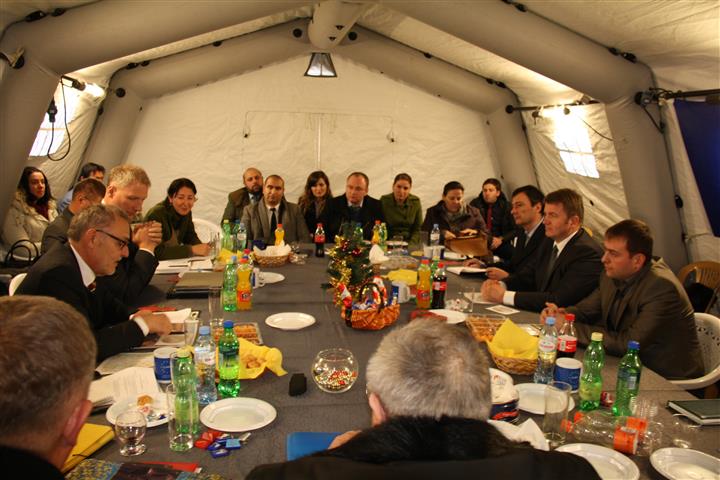