On 2nd March 2017, the 75th meeting under the Incident Prevention and Response Mechanism (IPRM) was held in Ergneti. Kestutis Jankauskas, Head of the European Union Monitoring Mission in Georgia (EUMM) and ambassador Guenther Baechler, Special Representative of the OSCE Chairperson-in-Office for the South Caucasus, co-facilitated the proceedings.

Participants discussed the security situation along the Administrative Boundary Line (ABL), which was assessed as relatively calm.

Concerns over detentions, in particular the recent case of Mr. Gugutishvili and the imprisonment of Mr. Giorgi Giunashvili, were discussed.

The installation of barbed wire and fences and its effect on people residing near the ABL were deliberated. All actors were requested to refrain from actions which might create tensions and further complicate life for people residing in these areas.

Issues related to agricultural and other activities along the ABL and consequently the livelihood of the affected population were raised. Participants discussed possible solutions in view of the continuing agricultural season.
The continued exchange and importance of information on planned military activities close to the ABL were stressed. Timely notice would assist in allaying concerns of the local population and in achieving more predictability along the ABL.
The continued readiness of the participants to jointly address security concerns by effectively using the Hotline to manage incidents on the ground was valued by the co-facilitators.
Condolences were expressed on the death of a young man who had lost his life recently in an explosion in the vicinity of the ABL.
The next IPRM meeting will take place on 4 April 2017. 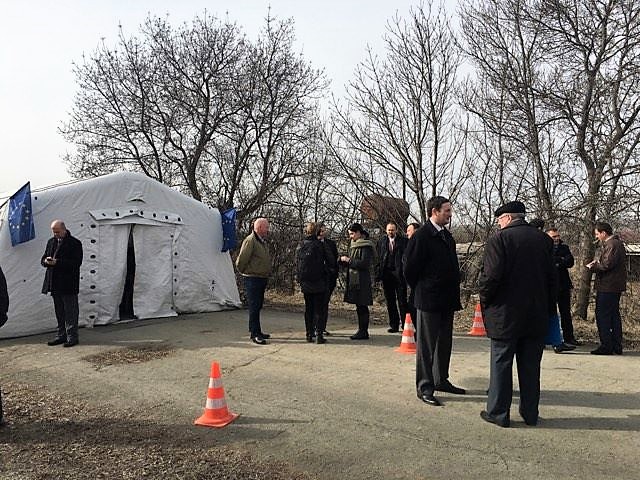 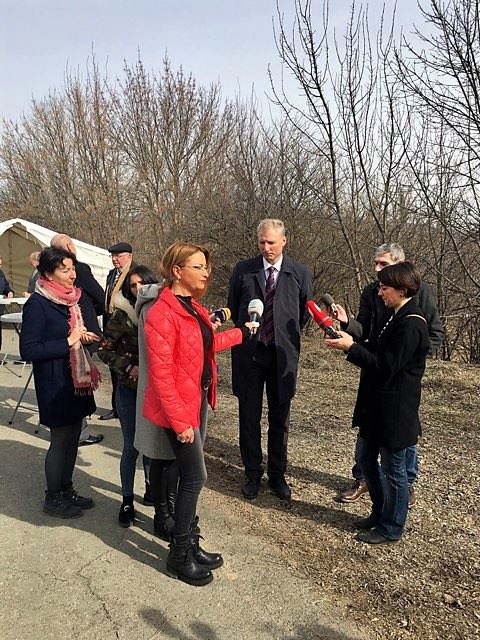 Head of Mission Kestutis Jankauskas is talking to local media 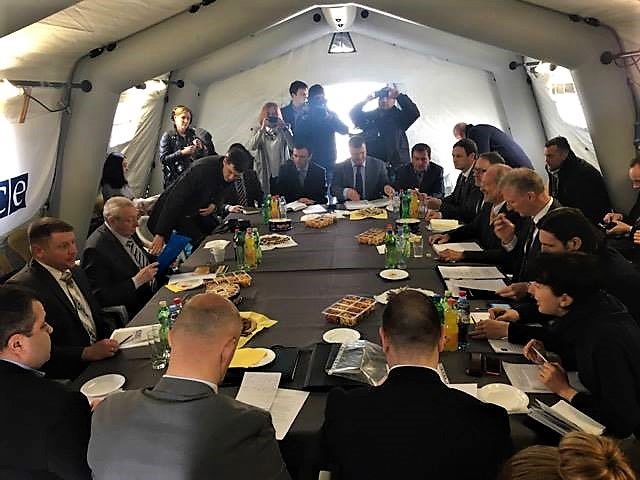 The 75-th IPRM meeting in the media spotlight