On 7 June, the 87th Incident Prevention and Response Mechanism (IPRM) meeting in Ergneti was conducted in a constructive atmosphere.

Erik Høeg, Head of the European Union Monitoring Mission in Georgia (EUMM), and Ambassador Günther Bächler, Special Representative of the OSCE Chairperson-in-Office for the South Caucasus, co-facilitated the meeting.

Ambassador Bächler opened the meeting, welcomed new participants, and thanked everyone for their professional approach towards the IPRM meetings. He announced that after 26 IPRM meetings, this would be his last.

Mr. Høeg provided a brief overview of events that had occurred since the last IPRM meeting was held on 15 May 2018. The co-facilitators welcomed, among other positive results, the swift release of several detainees and the humanitarian approach shown in these particular cases. Mr. Høeg stressed that restrictions on freedom of movement have a negative impact on livelihoods along the Administrative Boundary Line, including in connection with crossings for religious purposes. The security situation on the ground was however assessed as relatively stable and calm. The co-facilitators underlined the importance of early warning and transparency of activities by security actors for the purpose of stability on the ground.

The case of the tragic death of Mr. Tatunashvili was again discussed. The co-facilitators underlined the need for a thorough and transparent investigation of the circumstances of his death and reaffirmed their readiness to support the exchange of information. Further information was also requested regarding the case of Mr. Basharuli.
The impact of activities was discussed, alongside joint action on the irrigation of farmland. A non-paper on the prevention of grassfires along the Administrative Boundary Line was presented by Ambassador Bächler. There was agreement to organise a technical meeting on the subject.
All participants highlighted the importance of regular IPRM meetings and commended the effective use of the EUMM Hotline.
The next Ergneti IPRM meeting will take place on 10 July 2018. 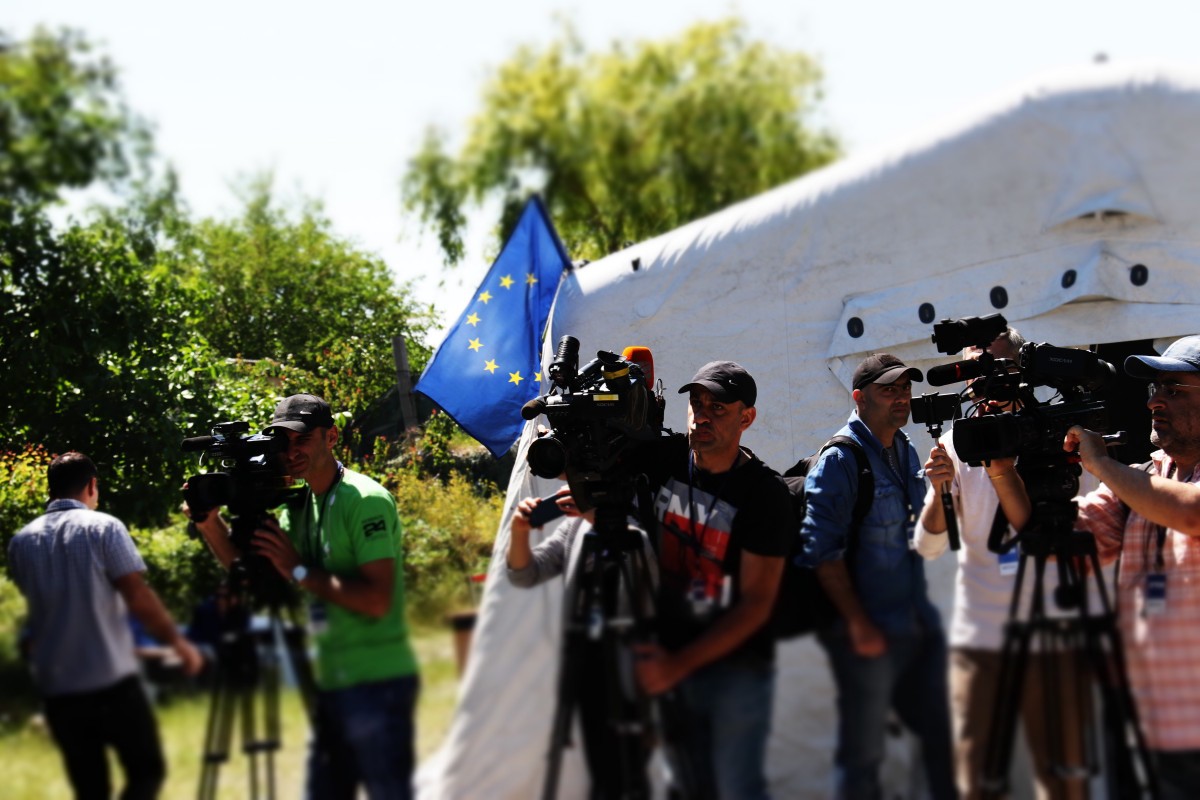 Media keen to get exciting footage of the 87- IPRM meeting 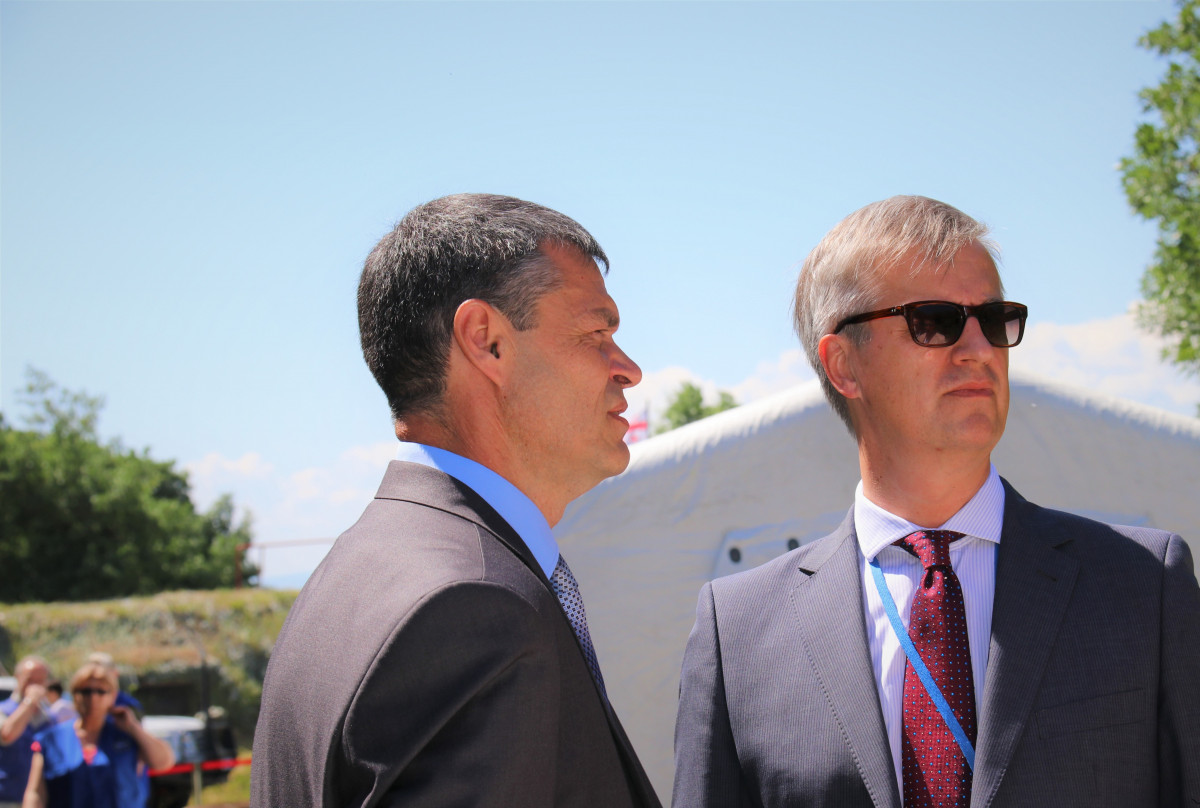 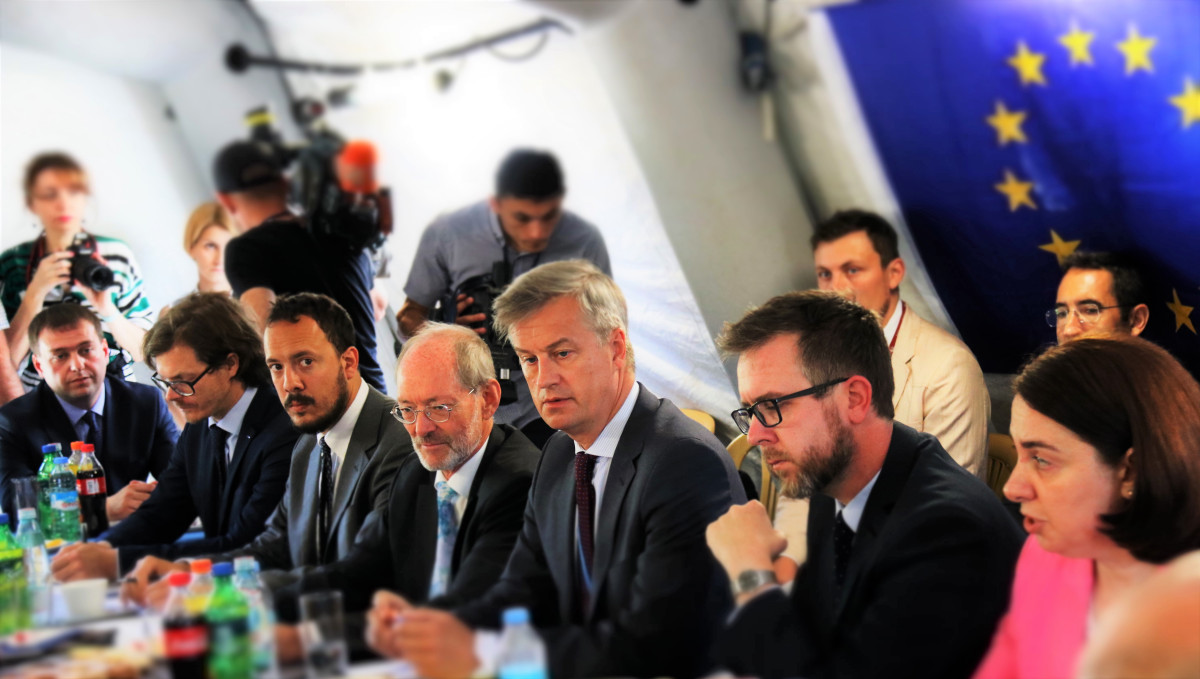 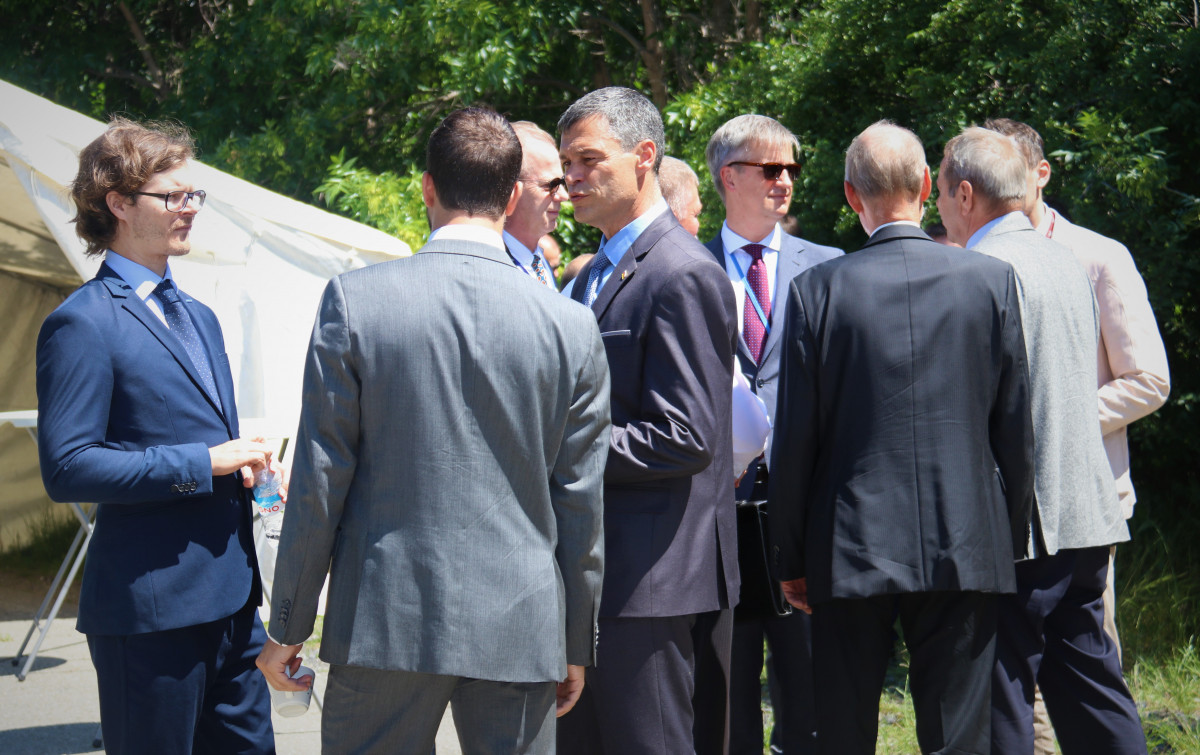 Discussions continue on the margins of the IPRM meeting in Ergneti 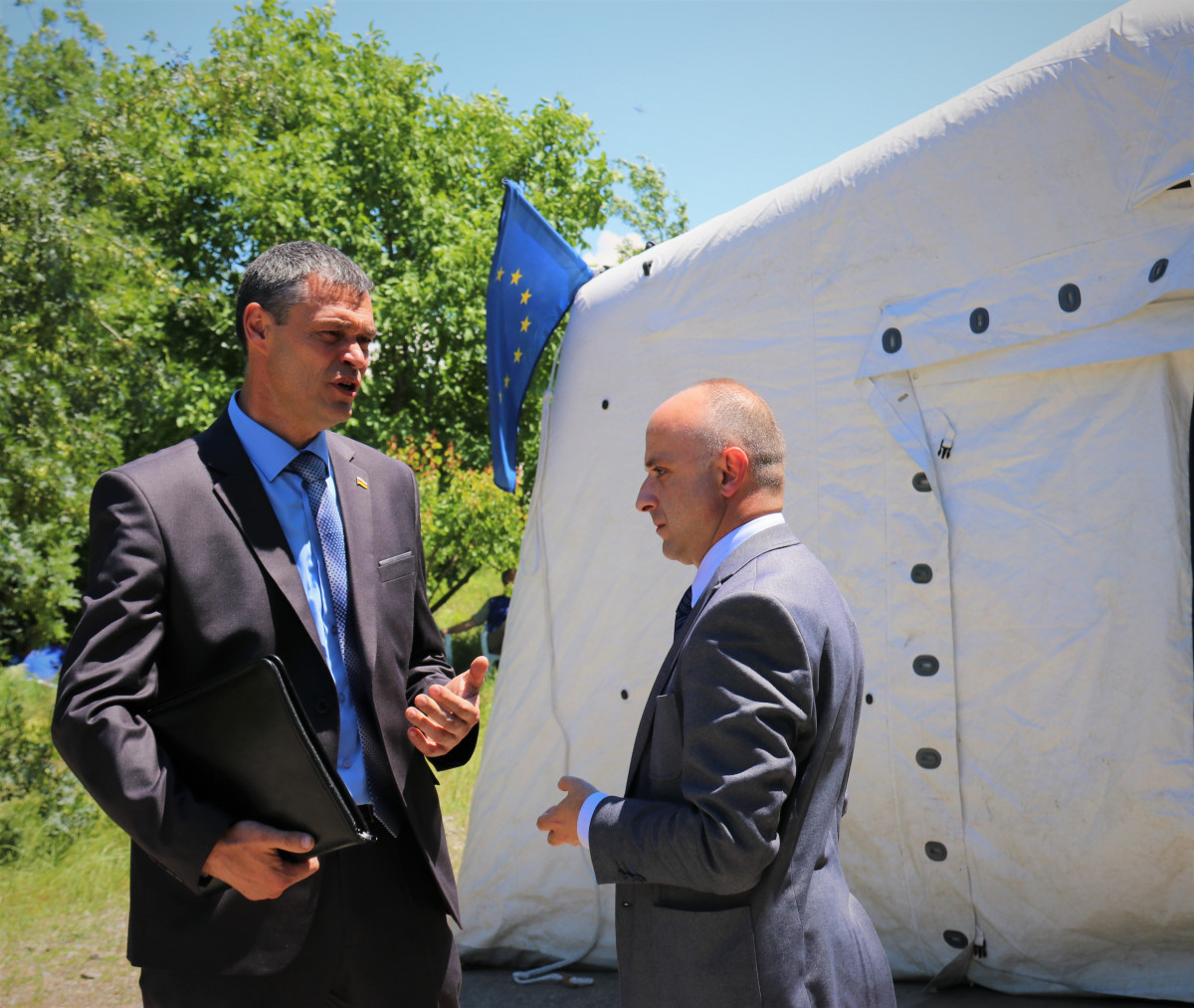 The 87- IPRM meeting participants pose for a group photo