The Chancellor of the Federal Republic of Germany, H.E. Ms. Angela Merkel, visits the European Union Monitoring Mission in Georgia

On 24 August, the Chancellor of the Federal Republic of Germany, H.E. Ms. Angela Merkel, and an accompanying delegation, joined a patrol of the EU Monitoring Mission (EUMM) along the Administrative Boundary Line with South Ossetia.

The Head of the EUMM, Mr. Erik Høeg, welcomed the delegation and provided an overview of EUMM mandate and activities. During the patrol, the Chancellor also received a briefing about the security situation in the specific area, delivered by the EUMM monitors from the Mission Field Office in Mtskheta. The Chancellor and accompanying delegation were shown key features of ‘borderisation’ – including physical barriers put in place along the Administrative Boundary Line and given examples of the negative consequences for local communities, particularly freedom of movement and livelihoods.

Chancellor Merkel had the chance to meet with a number of the German nationals who are presently working in the Mission and to get acquainted with their daily tasks.

The Head of EUMM thanked the German authorities for their substantial contribution to the EUMM.

The Chancellor of the Federal Republic of Germany reiterated her country’s steadfast support for the Mission’s work in Georgia as the only international monitoring presence on the ground. She underlined the importance of the EUMM as a key contribution by the European Union to regional stability.
Background information
Germany is presently one of the largest contributors of personnel to the EUMM. A total of 11 experts of German nationality work in the Mission.
The patrol took place in the context of Chancellor’s visit to the Caucasus region. The Chancellor was accompanied by a high-ranking delegation that included officials from the German Ministry of Foreign Affairs and Members of the German Parliament, as well as H.E. Ms. Heike Peitsch, Ambassador of the Federal Republic of Germany to Georgia.
Erik Høeg, Head of EU Monitoring Mission, greeted the  Chancellor of the Federal Republic of Germany, H.E. Ms.  Angela Merkel near Odzisi
Head of EUMM briefed the Chancellor on recent developments in the vicinity of the Administrative Boundary Line (ABL) with South Ossetia 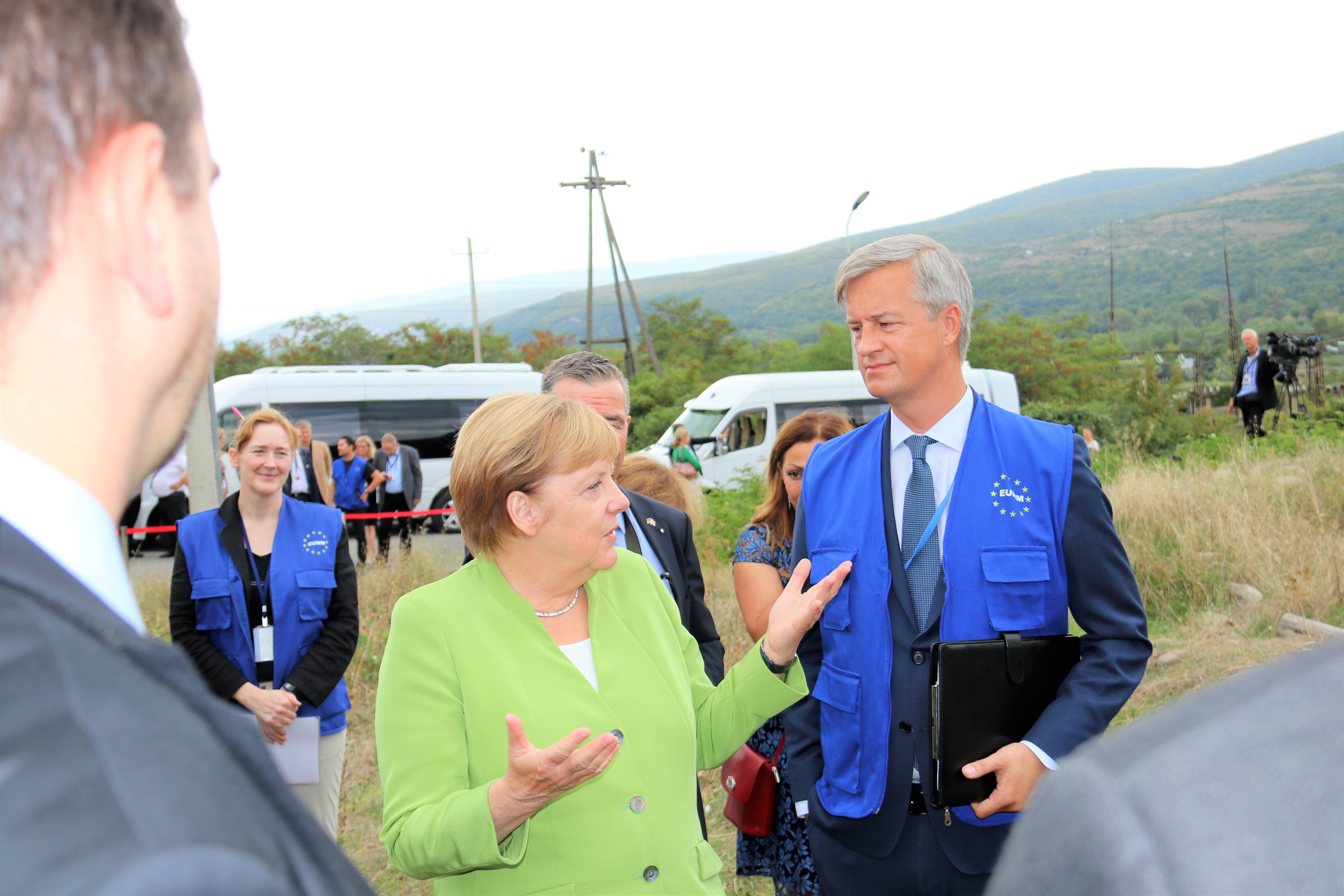 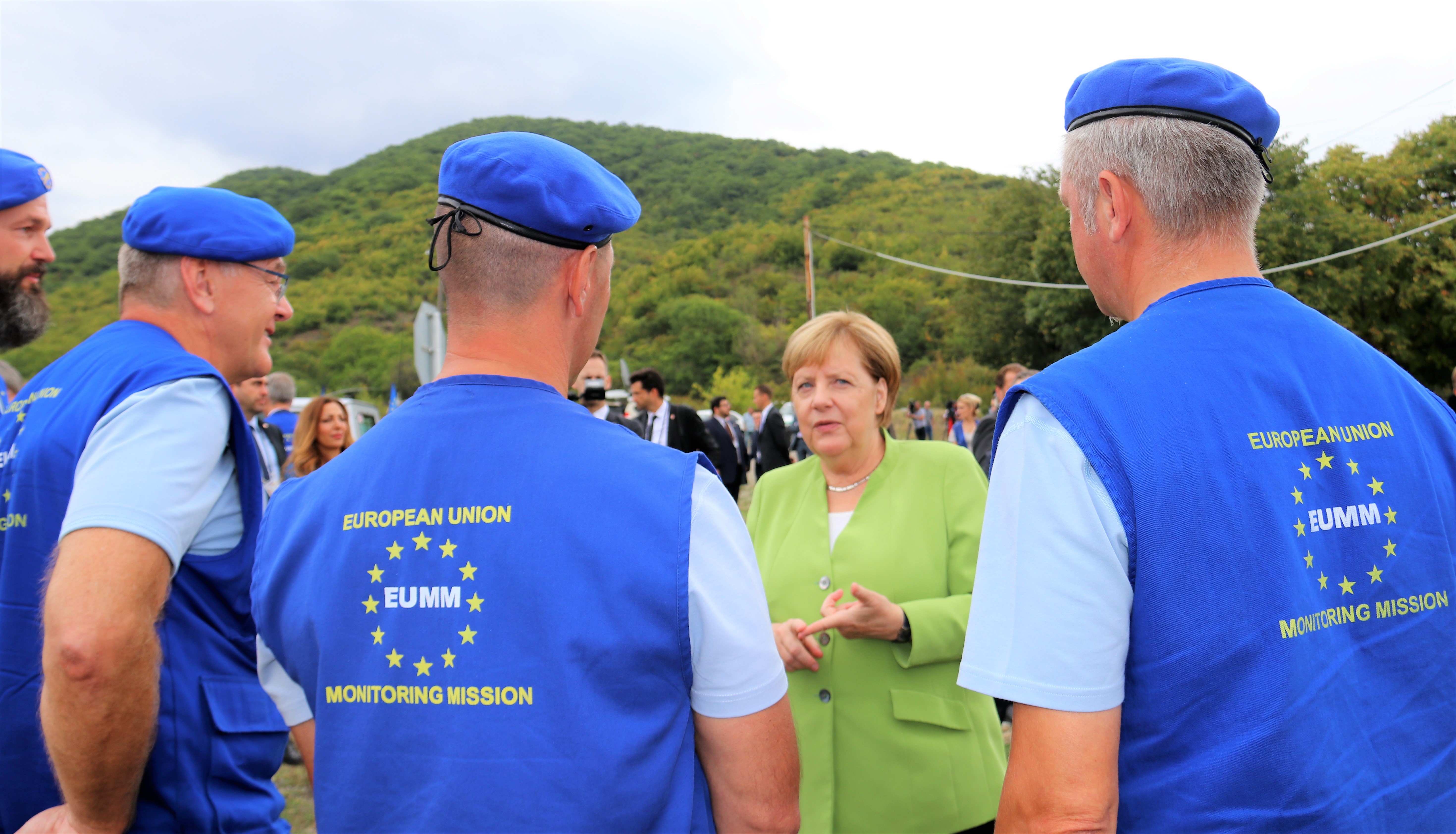 Chancellor Merkel met a number of the German nationals, presently working in the Mission and became acquainted with their daily tasks