On 16 May 2019, the 93rd Incident Prevention and Response Mechanism (IPRM) meeting took place in Ergneti. Mr. Erik Høeg, Head of the European Union Monitoring Mission in Georgia (EUMM), and Ambassador Rudolf Michalka, Special Representative for the South Caucasus of the OSCE Chairperson-in-Office, co-facilitated a meeting held in a business-like atmosphere.

Mr. Høeg provided a summary of the events which occurred since the last IPRM meeting on 22 March. This included the general security situation, hotline activations and detention cases. The security situation along the Administrative Boundary Line was assessed as relatively stable.

The case of the tragic death of Mr Archil Tatunashvili was discussed. Participants were encouraged to co-operate and provide full access and disclosure of all available information.

Challenges related to ‘borderization’ and restrictions to the freedom of movement were also on the agenda. Ambassador Michalka and Mr. Høeg encouraged actions that would facilitate a normal life for the local populations living along the Administrative Boundary Line.

The importance of early notification via the hotline on planned activities by  security actors close to the Administrative Boundary Line that could fuel instability, was once again stressed.
All participants reconfirmed their commitment to the IPRM as an essential platform to strengthen security on the ground and to address the needs of the conflict-affected population from a humanitarian perspective.
The next meeting will take place on a date to be agreed by all IPRM participants. 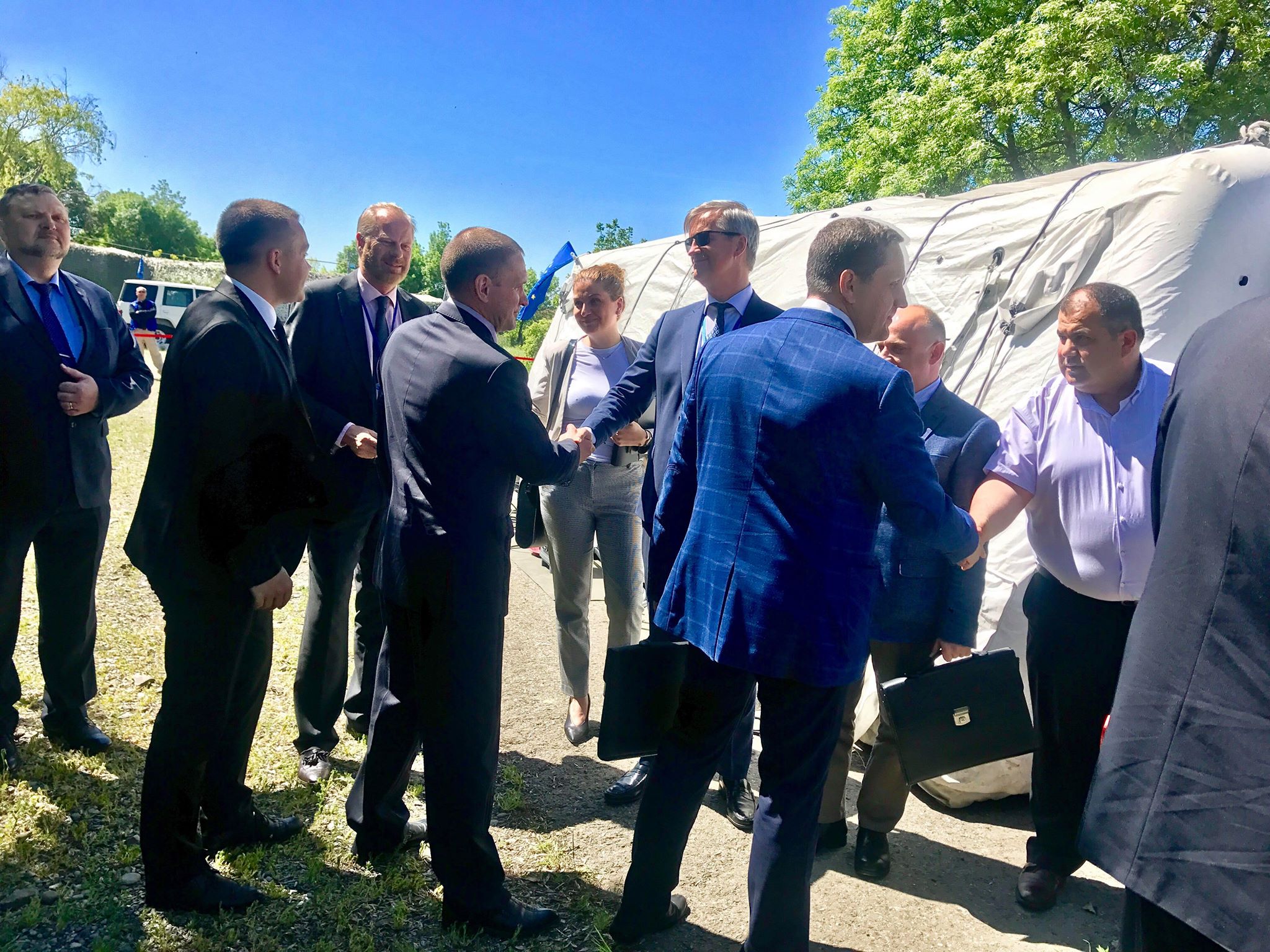 The meeting participants arriving in Ergneti
Head of EUMM, Erik Høeg talking to the leading participant from South Ossetian side before the meeting
Mr. Høeg provided a summary of the general security situation, hotline activations and detention cases since the last meeting