On 20 December 2016 the Delegation of the European Union to Georgia and the EU Monitoring Mission (EUMM) awarded the 2015 winners of the EU Prize for Journalism.

In its bid to promote ethical, fair and prejudice-free conflict reporting, EUMM, for the third consecutive year, awarded the Special Prize for Peace Journalism. This year’s winner is Nino Chibchiuri with her piece titled “Doctors of the Conflict Region are Building the Bridges of Health” published by Women Connecting for Peace – the Voice of Change.

Ms. Chibchiuri will be given an exciting opportunity to participate in a one-month fellowship at the headquarters of the Institute for War and Peace Reporting (IWPR) in London.

“Peace journalism should ideally give voice to all parties, at all levels. From decision makers to the populations affected in their livelihoods. It is an essential aim of peace journalism to actively promote peace. That is: to highlight or even propose initiatives for cooperation and conflict transformation. Peace Journalism is trying to point to solutions – rather than only illustrating problems. The EU Monitoring Mission in Georgia, in accordance with its mandate, strives to build confidence between the conflict parties, and among the conflict affected populations. That is what we have been doing here since 2008. We view peace journalism as an essential tool for bridging divides, promoting understanding and ultimately achieving conflict resolution“- Deputy Head of EUMM Erik Hoeeg told the gathered audience in his opening remarks.

“This award means a lot to me and it encourages me to continue my work with even greater vigor” – Ms. Chibchiuri told the Deputy Head of EUMM as he congratulating her on the achievement. She also added that the award is a rather pleasant surprise since it was very unexpected.

The other winners of EU Prize for Journalism 2015 are:


For more information about the EU Journalism Prize visit: www.euprizejournalism.ge/#!home/mainPage 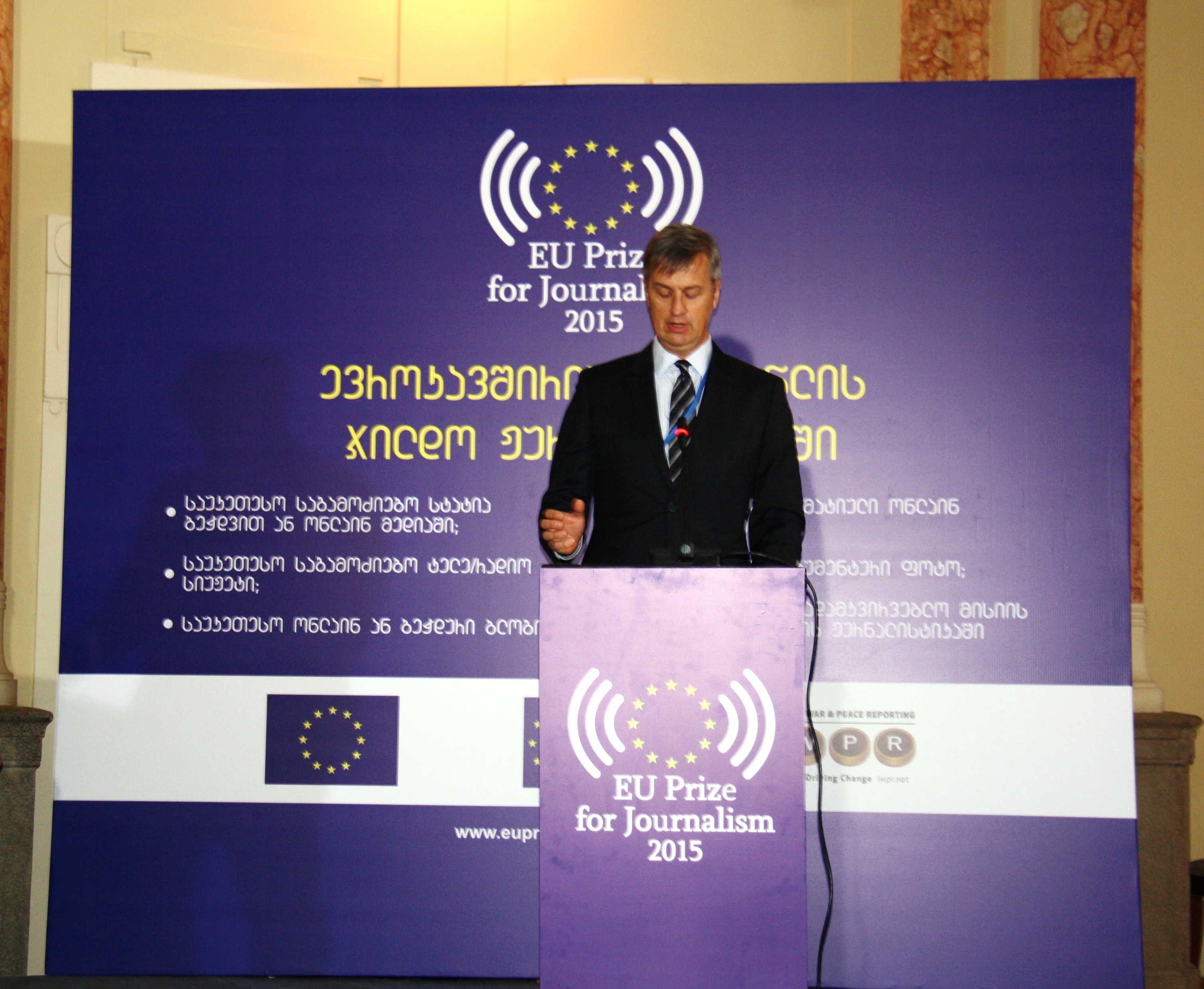 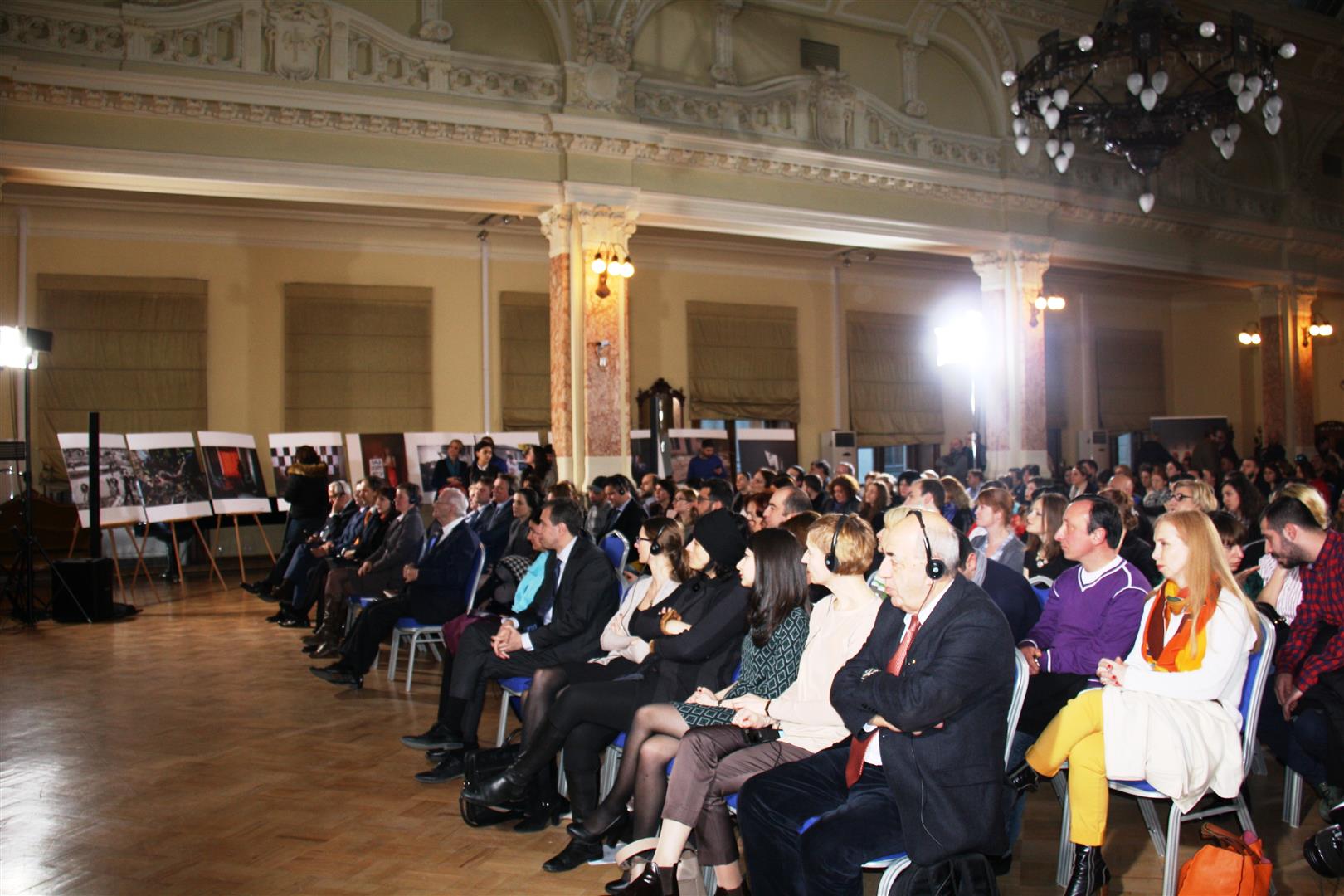 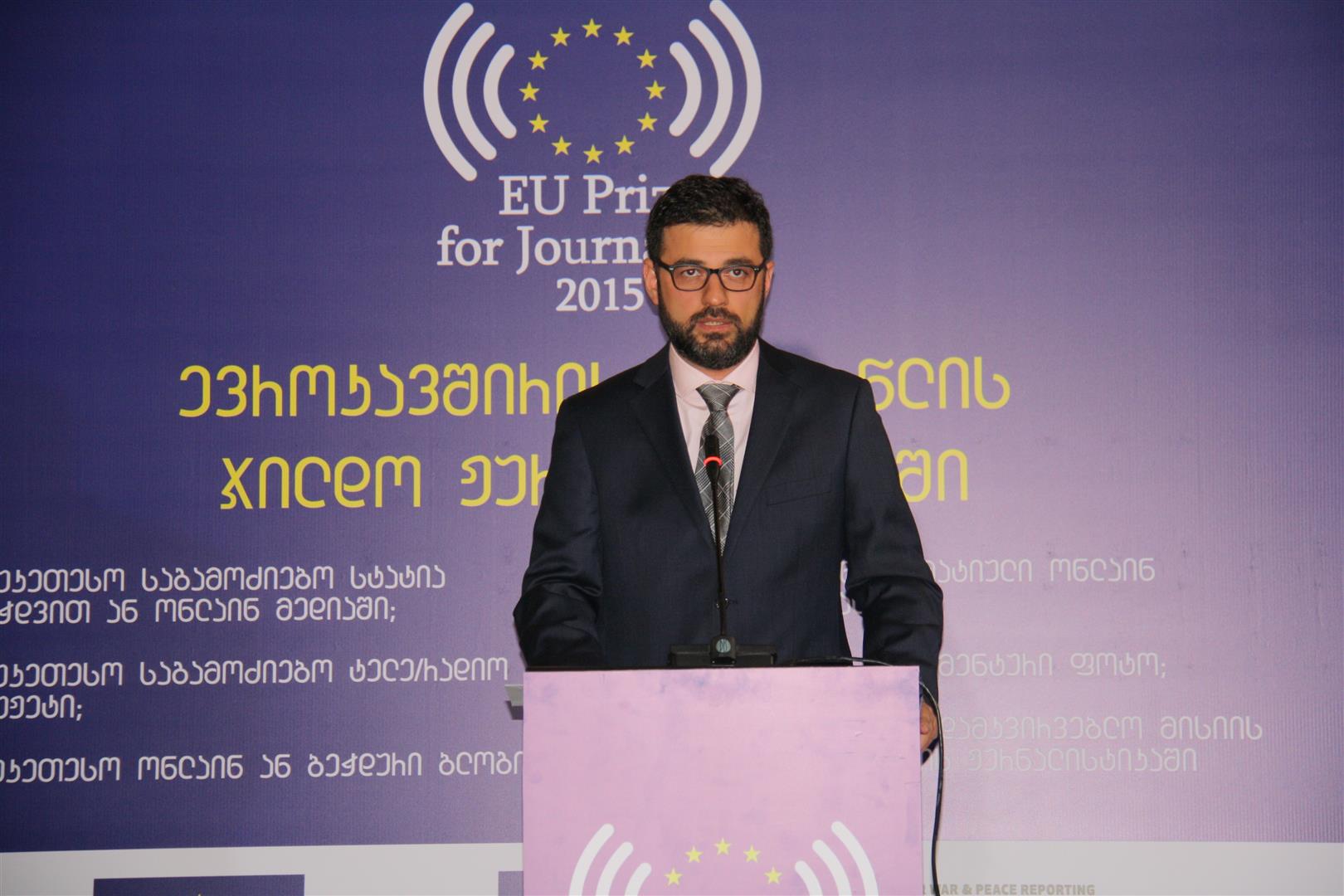 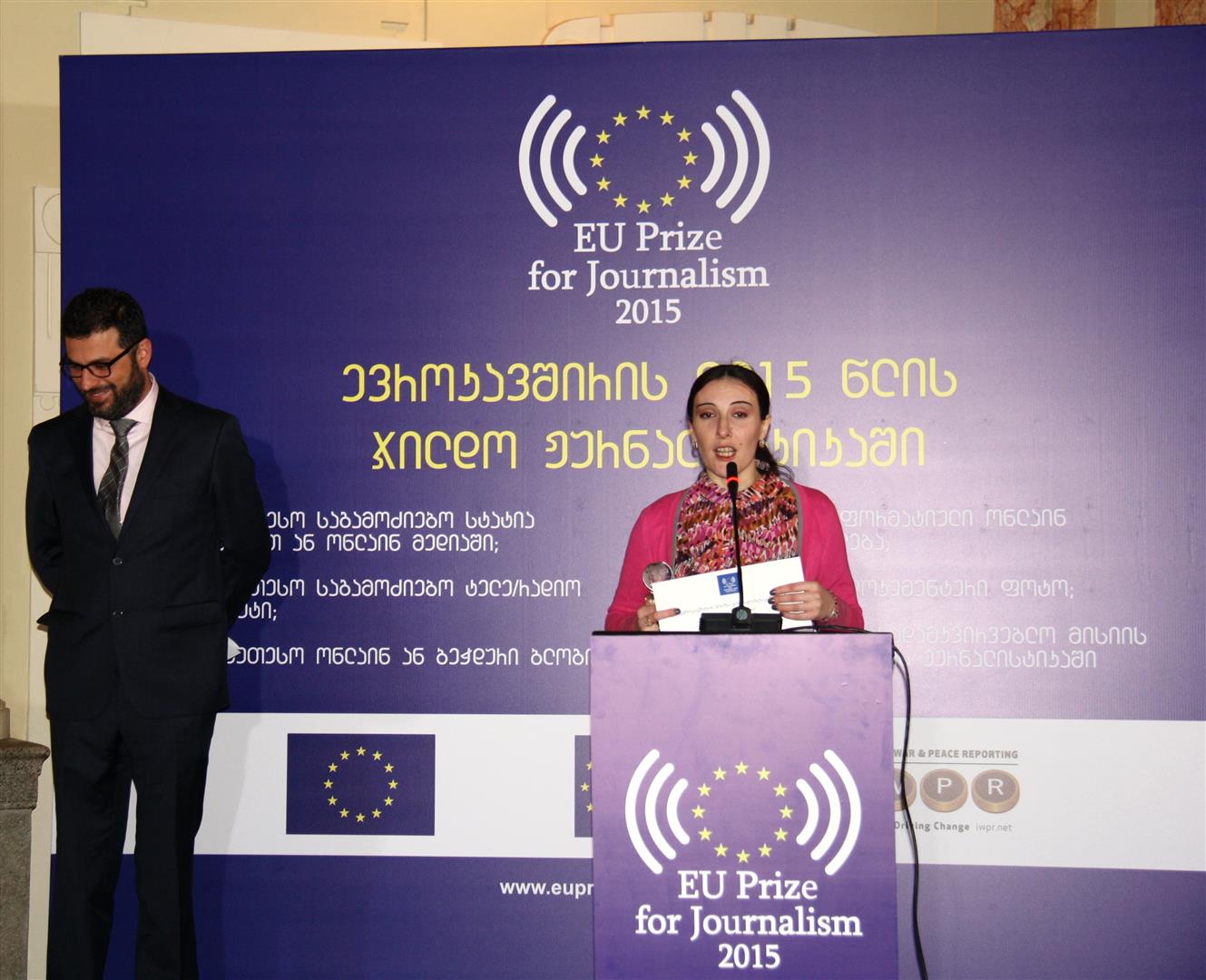 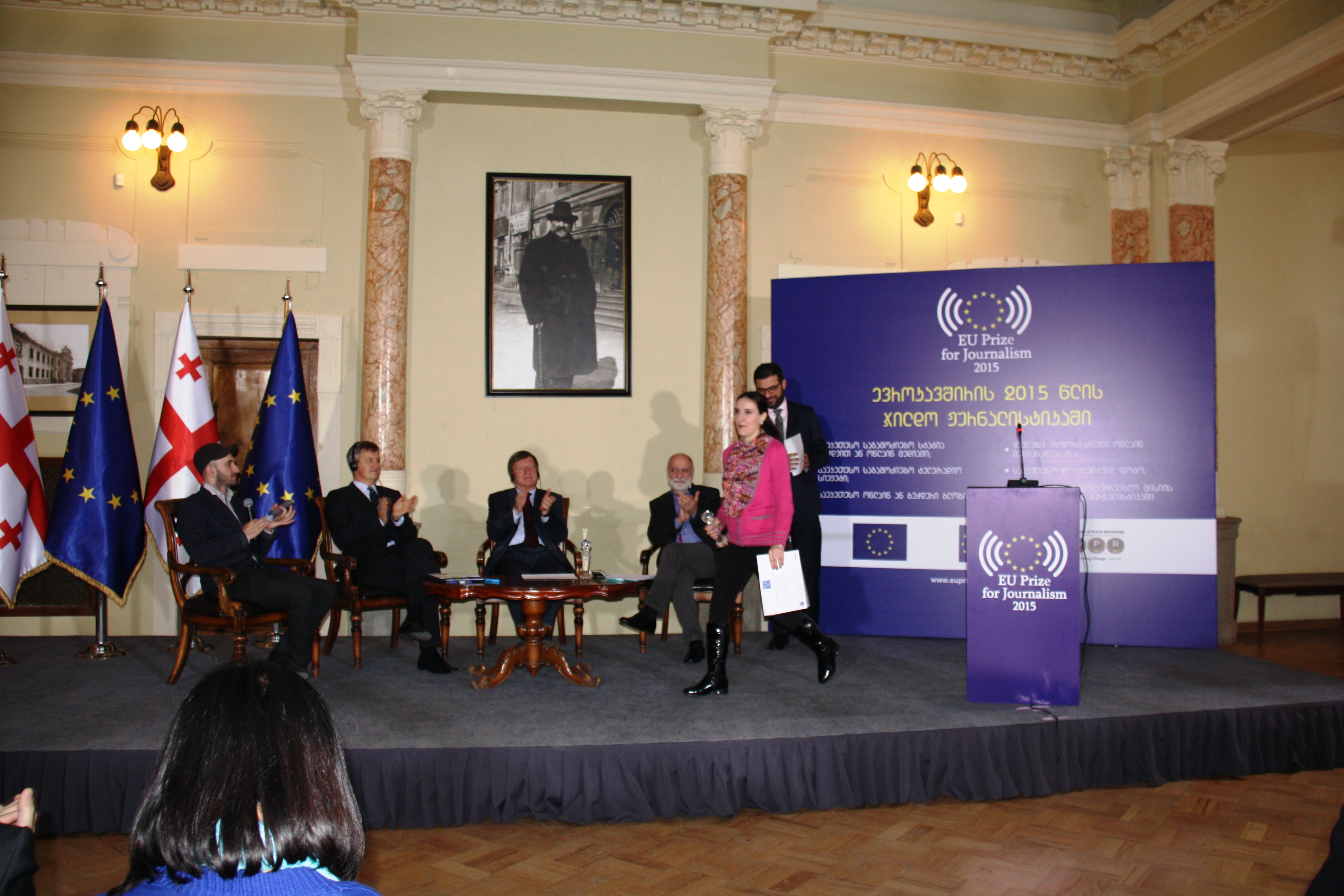