On 14 February 2017 the Delegation of the European Union to Georgia and the EU Monitoring Mission (EUMM) awarded the 2016 winners of the EU Prize for Journalism.

In its bid to promote ethical, fair and prejudice-free conflict reporting, EUMM, for the fourth consecutive year, awarded the EUMM Special Prize for Peace Journalism. This year’s winner is Gvantsa Doluashvili with her piece titled “Continuous connection” published by JAM News.   Ms. Doluashvili will be given an exciting opportunity to participate in a one-month fellowship at the headquarters of the Institute for War and Peace Reporting (IWPR) in London.

Through this award, EUMM wants to encourage reporting that brings separated communities together and shows the privilege of peace. Additionally, we also want to single out the kind of reporting that breaks from a simplistic, bipolar interpretation of events, and shores up the divide between the communities rather than drawing them further apart. “-Head of EUMM Kestutis Jankauskas told the audience in his opening remarks.
“This award means a lot to me and it encourages me to continue my work with even greater vigour” – Ms. Doluashvili told the Head of EUMM as he congratulated her on the achievement. She also added that the award is a very pleasant surprise since it was totally unexpected.
For the first time, two entries were awarded “Honourable Mentions”:
Tamara Mearakishvili - “How they removed the traces of the war in Tskhinvali” (Read here)
and Nino Toloraia – “Sergei Shamba: We are quite patient to be able to wait” (Read here)
For more information about the EU Journalism Prize visit this link 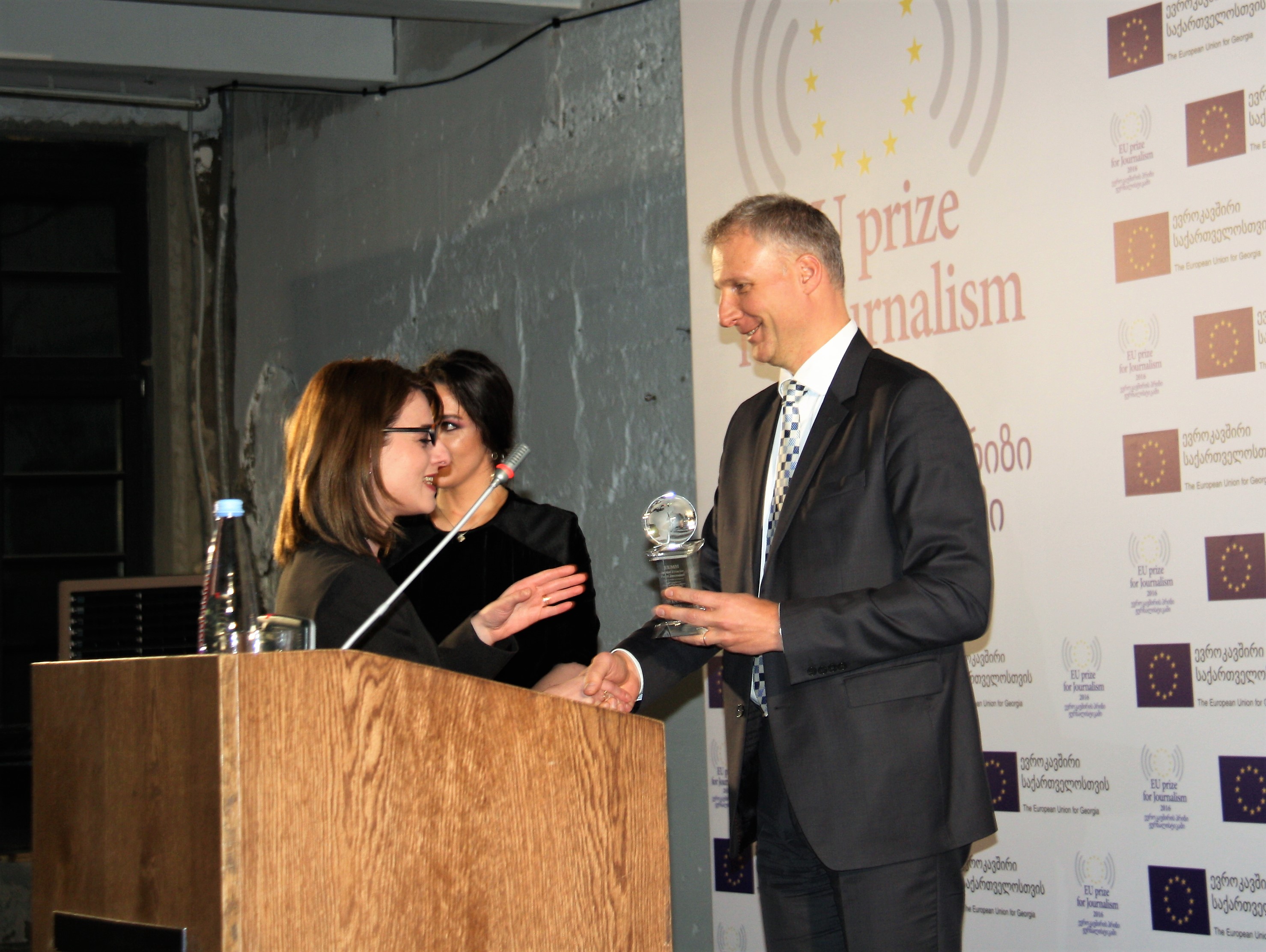 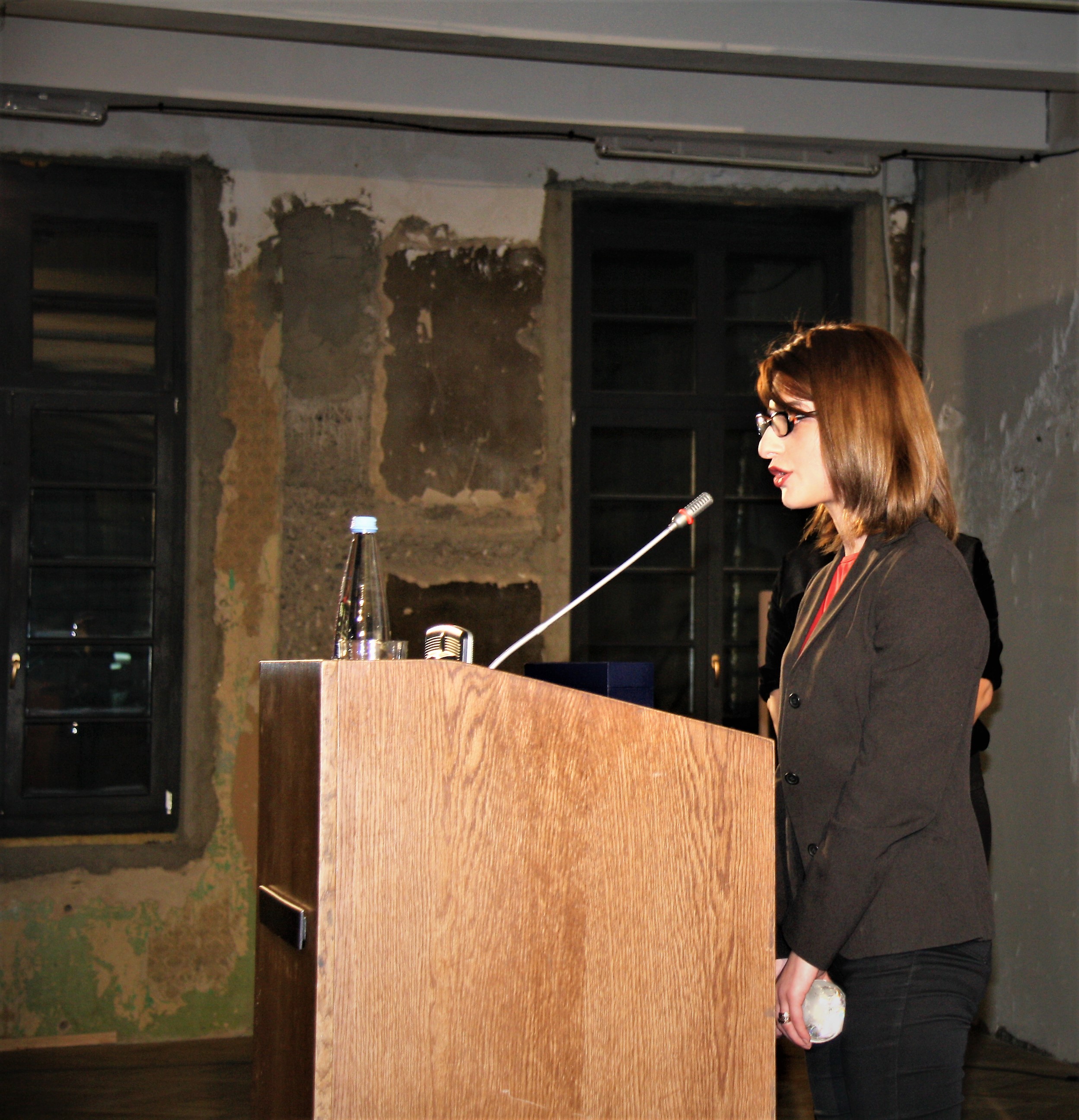 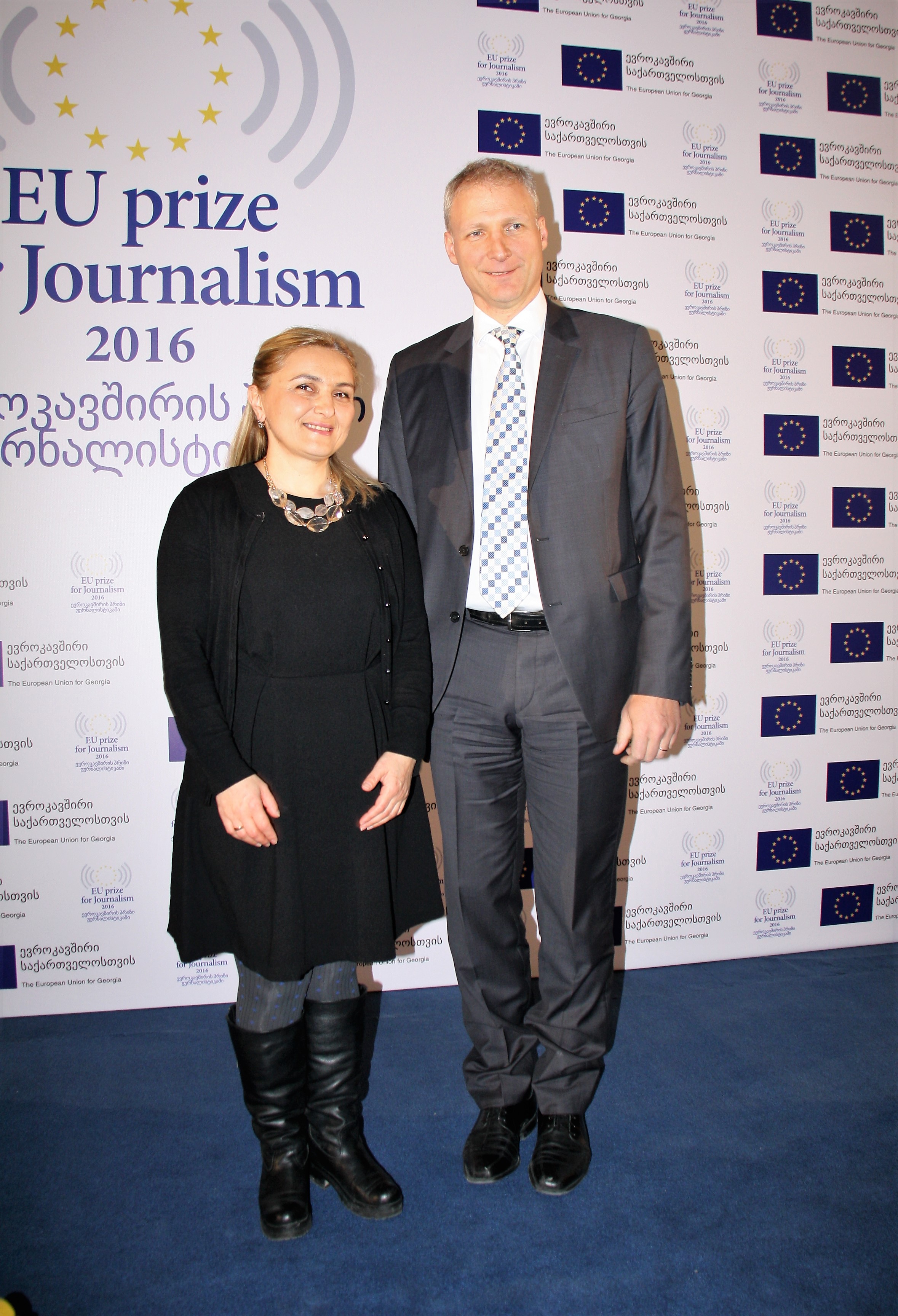