On April 18, the President of the Republic of Cyprus, His Excellency Mr. Nicos Anastasiades, visited the Headquarters of the EU Monitoring Mission in Georgia.

The President of Cyprus expressed his appreciation for the work carried out by EUMM Georgia and added:

“I am very happy to have had this opportunity to be briefed on the Mission mandate and its current activities on the ground. I would like also to congratulate the Head of Mission and his team for the excellent job, which it does in maintaining stability. Cyprus strongly supports the Mission continued efforts and this is why we are glad to contribute three Cypriot monitors to the Mission”.


Head of the European Union Monitoring Mission in Georgia, Erik Høeg welcomes the President of the Republic of Cyprus, Mr. Nicos Anastasiades to the Mission Headquarters in Tbilisi 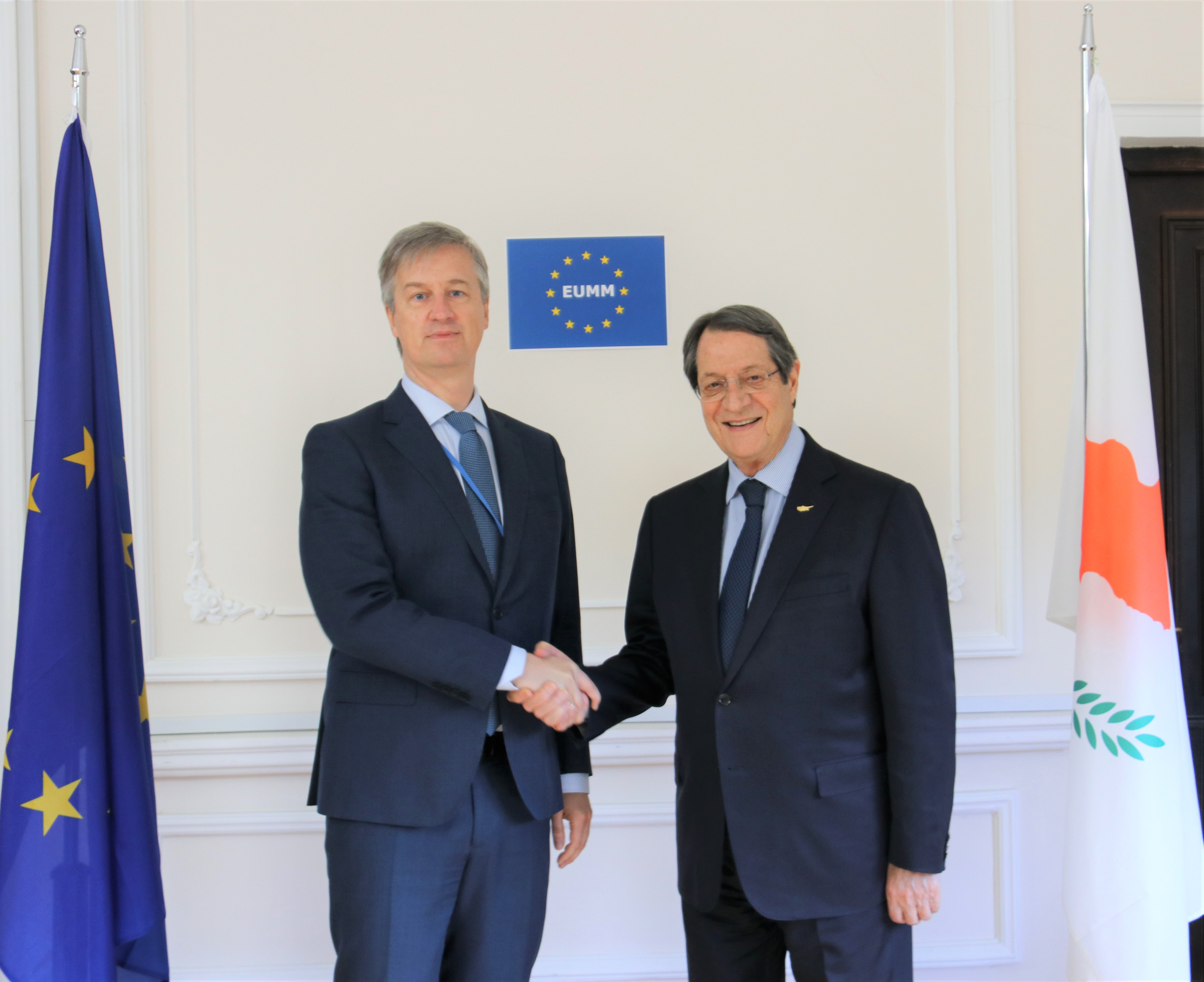 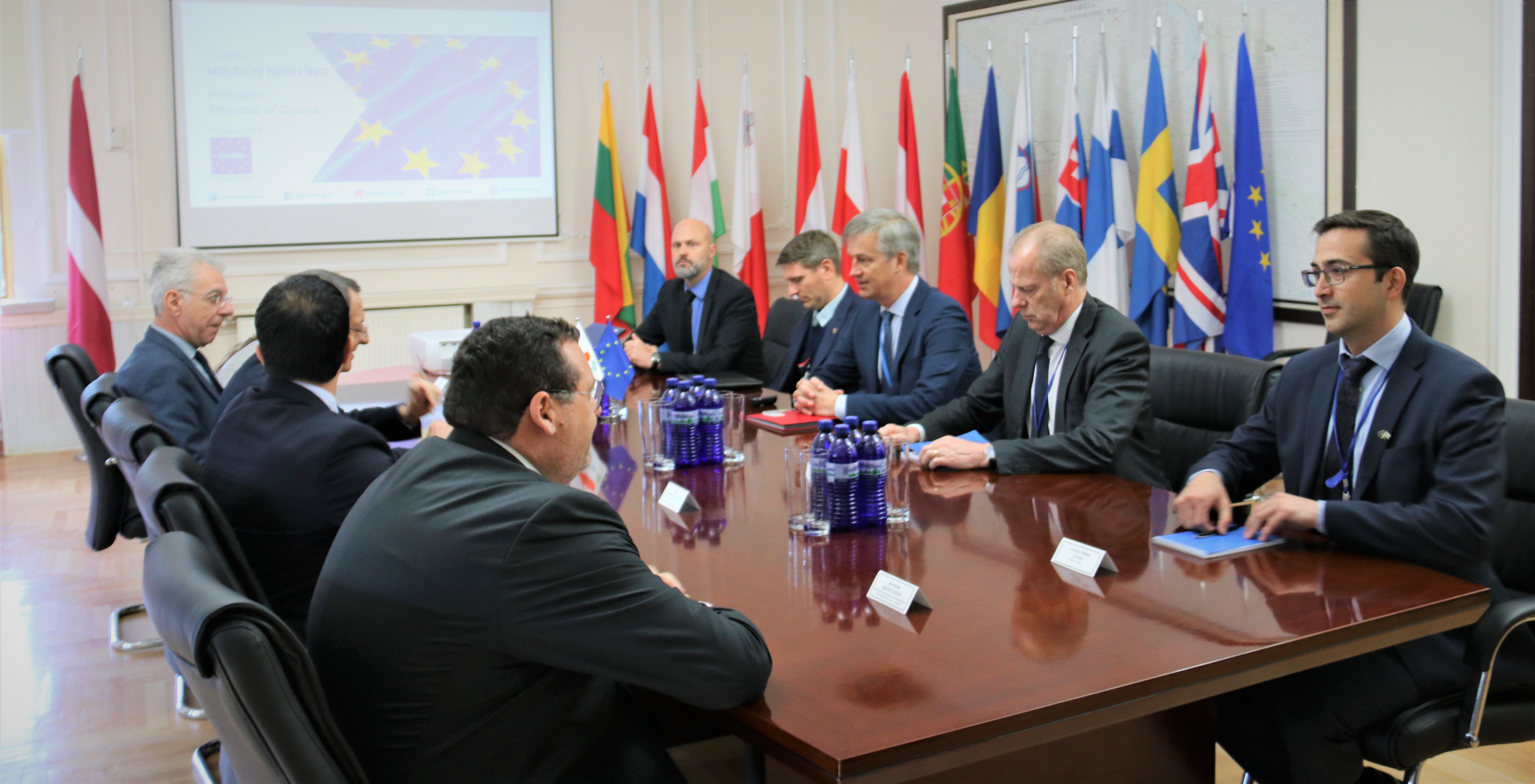 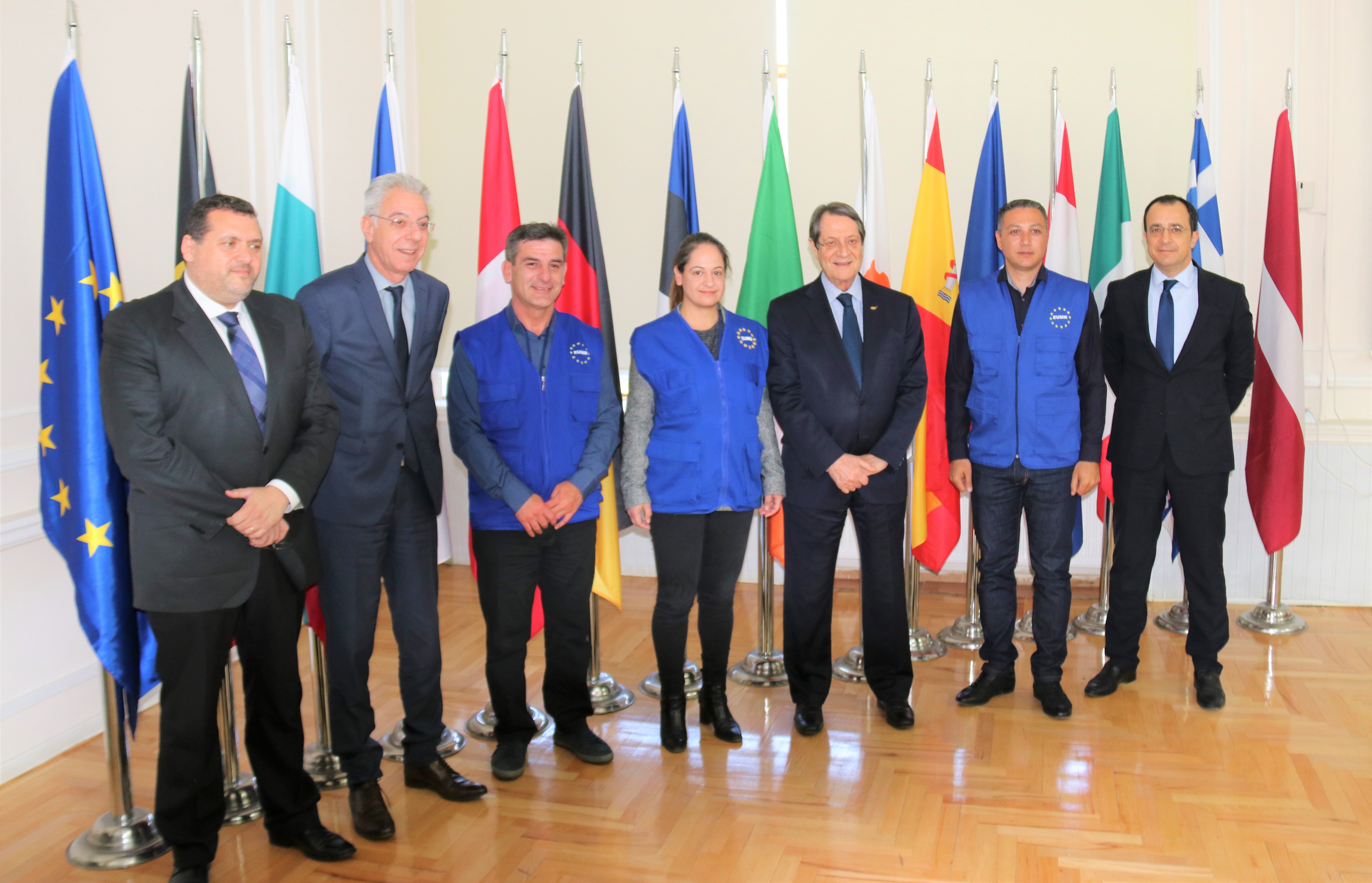 After the briefing, the President and members of the Official Delegation met with the representatives of Cyprus, currently deployed  to the EUMM