Tbilisi, 26 June 2021 – Foreign Ministers of Austria, Alexander Schallenberg, of Lithuania, Gabrielius Landsbergis, and of Romania, Bogdan Aurescu, visited today parts of the Administrative Boundary Line (ABL) with South Ossetia, with the EU Monitoring Mission in Georgia (EUMM). This visit was organised as part of a broader visit to Armenia, Azerbaijan and Georgia mandated by the EU High Representative for Foreign Affairs and Security Policy/Vice-President of the European Commission, Josep Borrell.

During the visit, which took place in the Odzisi area, the Head of EUMM, Ambassador Marek Szczygieł, shared his insights on the most recent security and humanitarian developments on the ground. 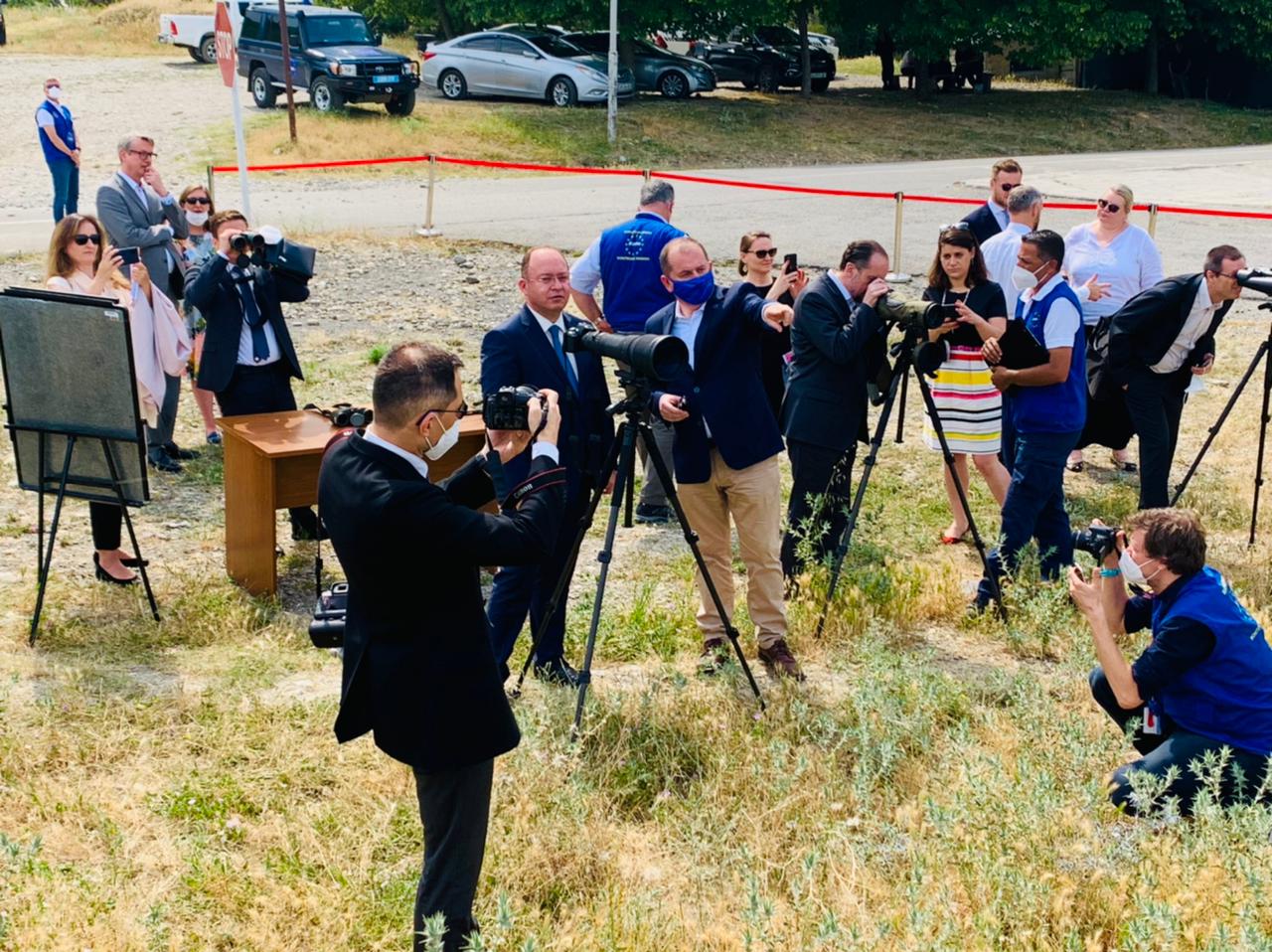 He also stressed the negative impact that ‘borderisation’ features, such as wire fences or observation posts, have on the freedom of movement and other human rights of the conflict-affected communities. The discussions further highlighted that the COVID-19 pandemic amplified the challenges that they face on a daily basis. 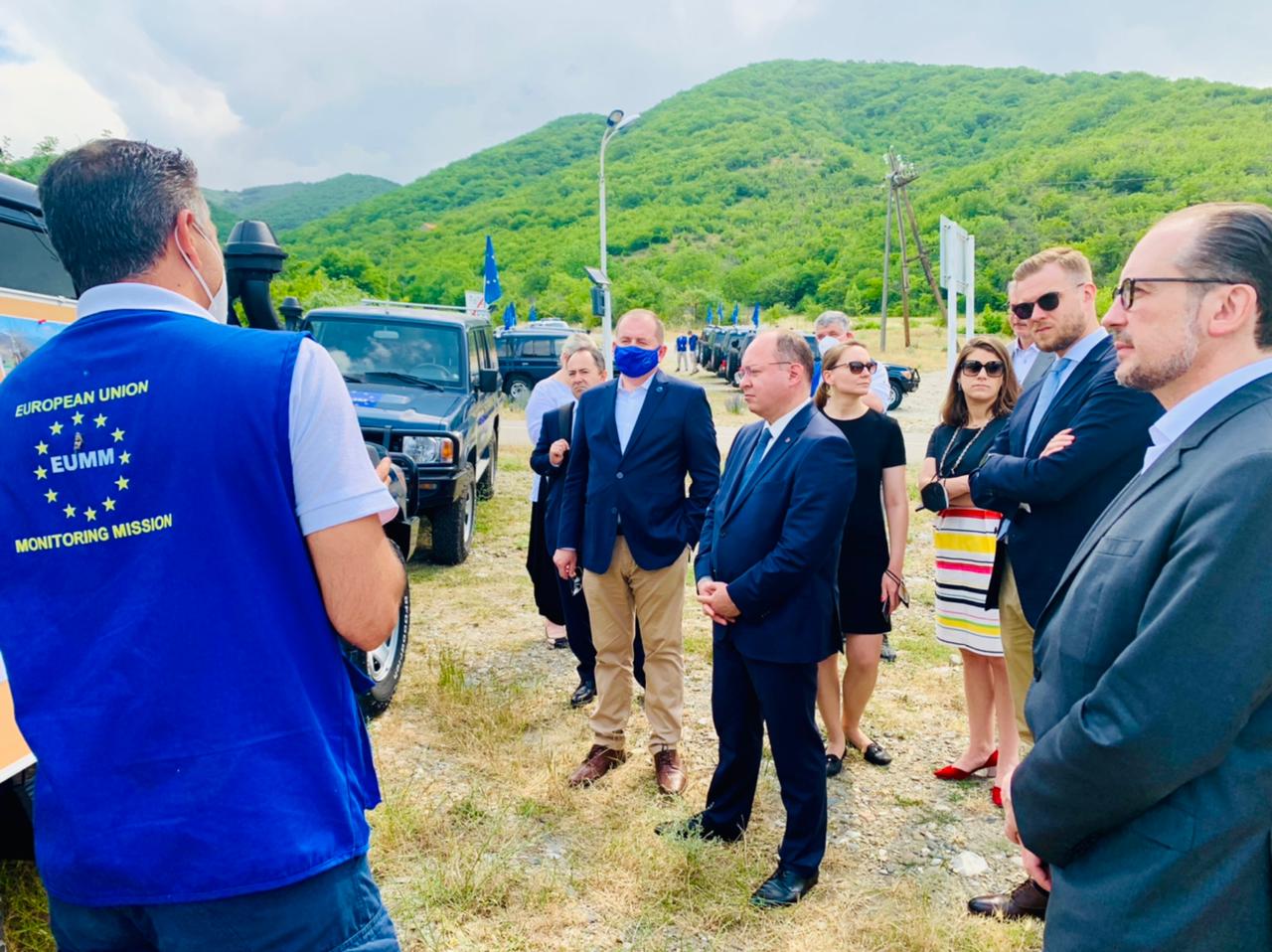 The Ministers expressed their appreciation for the visit, which allowed them to receive a first-hand impression of the situation, and praised the Mission’s role in enhancing security and stability on the ground. 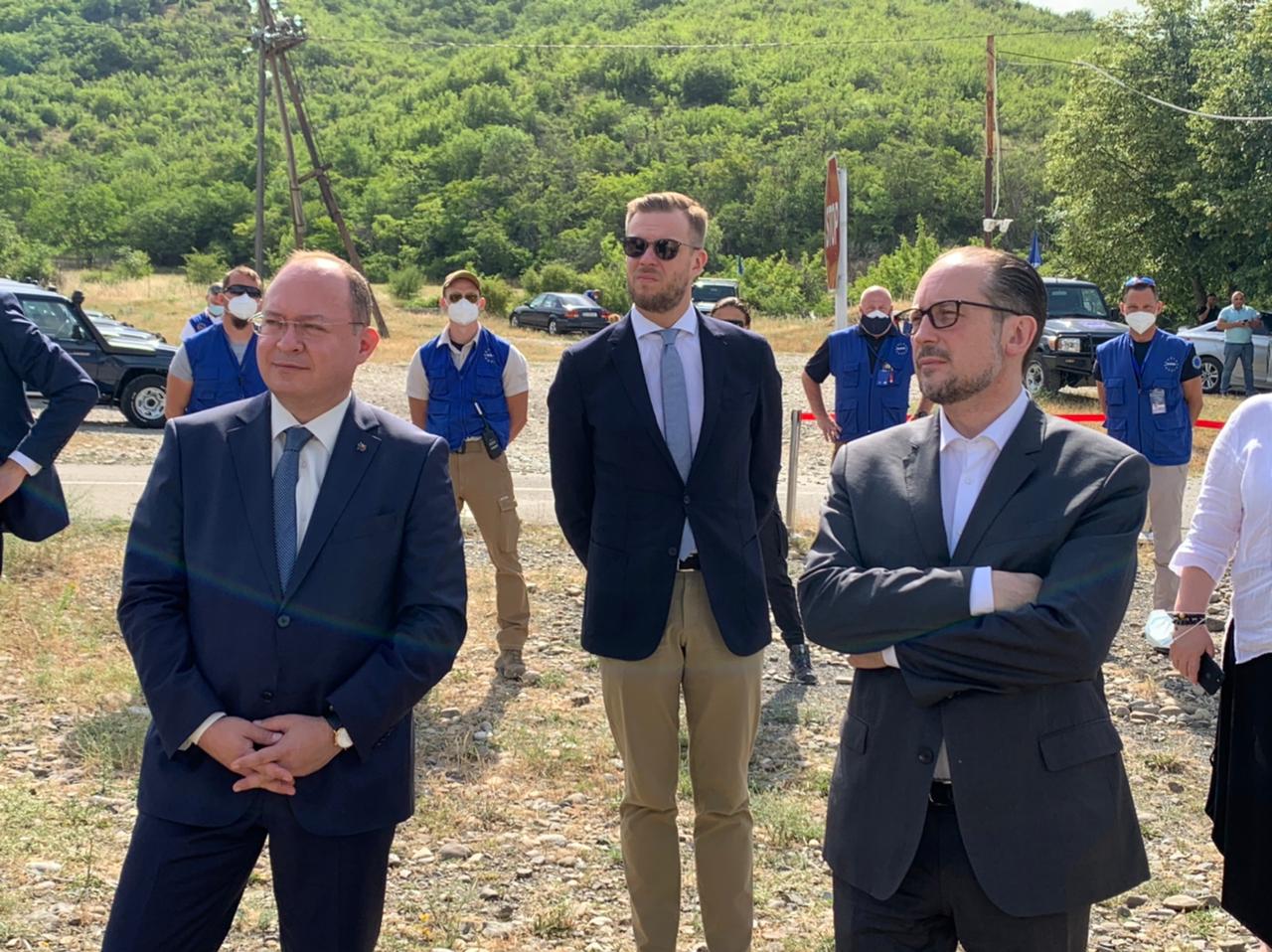 The visit on behalf of the High Representative will highlight the importance that the European Union attaches to its bilateral relations with these countries, to the South Caucasus region, and to the EU’s Eastern Partnership framework. The visit signals the EU’s readiness to support broader cooperation both with and between the South Caucasus countries, including through the opportunities available under the Eastern Partnership. Following the recent discussions among EU Foreign Affairs Ministers at the informal Foreign Affairs Council (Gymnich) on the conflicts in the EU’s Eastern neighbourhood, the visit will underscore the EU’s determination to promote and actively support sustainable and comprehensive conflict settlement efforts.